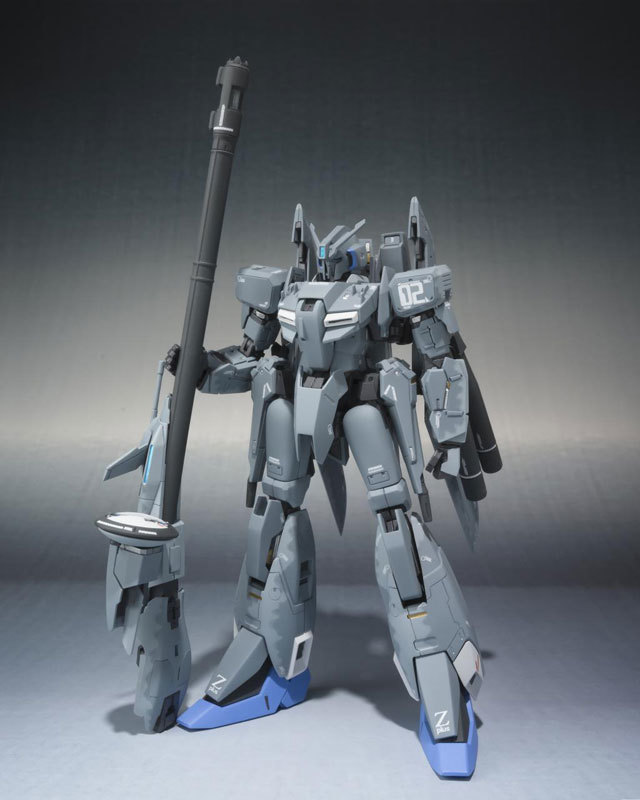 - [GUNDAM SENTINEL] The long-awaited [Zeta plus C1] appeared in the METAL ROBOT soul!

- Real feeling by camouflage painting and marking, compatibility of strength and dignity with die casting.

- From the [GUNDAM SENTINEL] that gave the Gundam series heavy thickness, following the Ex-S Gundam and FAZZ, the popular variable MS [Zeta Plus C1] appeared.

- It combines deformable gimmick to an elegant wave / rider mode in an inorganic appearance with metal weight and camouflage colors.

Die cast is used for part of each joint. Besides weight feeling, it combines texture and strength.

By adopting camouflage paint, pursue a real impression and texture.

A detailed marking is newly created by Kataki Hajime for Ka signature.

Reproduce the beam / smart gun of a large long barrel which is the largest feature of C1 type. It is possible to fix both arm to the hard point and to handle both hands which developed the grip part.

By replacing some parts, it is possible to change to Wave · Rider mode. Using a dedicated pedestal, you can also display in flight state.

Landing gear parts are also included. Reproducible state can be reproduced by replacement.

· Four replacement wrists on each side